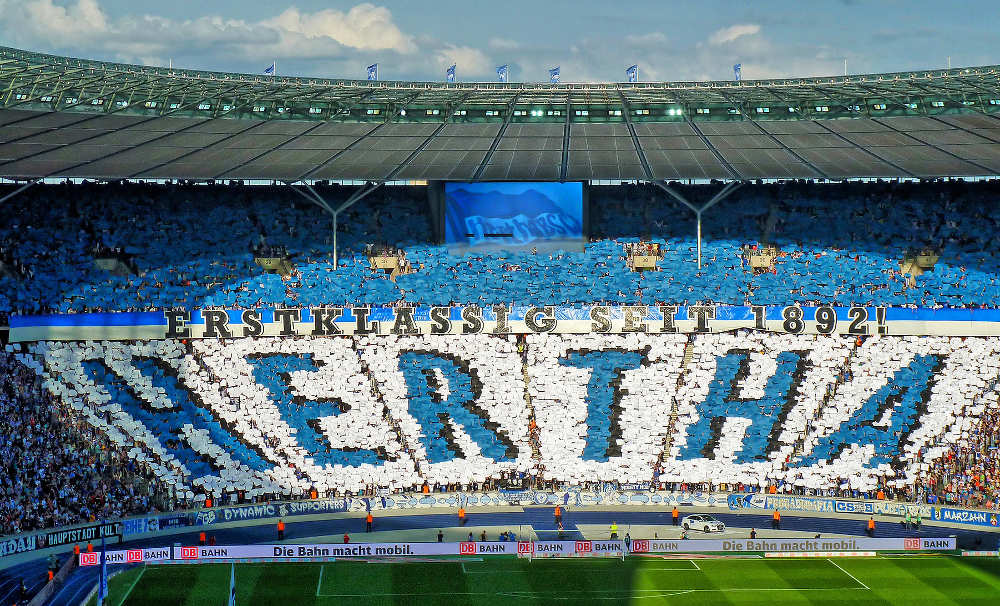 Berlin, Germany (December 11, 2017). Smart Pricer is thrilled to announce the extension of the partnership with Hertha BSC for another two years. Hertha BSC is one of the most traditional and innovative football clubs in Germany. Smart Pricer is the leading intelligent pricing company from Germany. Together, they are lifting Hertha BSC Ticket pricing to the next level.

Thomas E. Herrich, Member of the Executive Board, Hertha BSC says: “The results of the Smart Pricer software convinced us. We are pleased to use their intelligent pricing solution in the entire Olympic stadium.”

The decision to extend the partnership was made at a time where sports clubs around the globe face the challenges of the digitalisation of modern ticketing. Hence, Hertha BSC was seeking ways to increase ticket revenue as well.

“The results show that Hertha BSC ticket revenue increased by more than 5%.”

“We see intelligent pricing powered by machine learning and data analytics as an important building block in the future of ticketing”, says Smart Pricer’s Managing Director Franz Blechschmidt. On the one hand, using modern data algorithms ensures best results. On the other hand, effective communication with fans has been a key success factor for acceptance of new pricing. “The results show that after the implementation of Smart Pricer’s automated pricing software, the revenue per ticket increased by more than 5%. More importantly, we maintained a good fan acceptance. We are very happy to continue the successful work with the Hertha BSC ticket team in the next two years.”

Smart Pricer’s team of pricing experts provides sports clubs around the globe with the necessary tools to increase ticketing revenues. We have over 10 years of airline pricing experience and done millions of pricing optimizations. Smart Pricer is the go-to-partner for many clubs such as Berlin’s Bundesliga club, Hertha BSC, Bayer 04 Leverkusen, VfB Stuttgart and Eintracht Frankfurt. Smart Pricer continues to help companies achieve an increase in ticketing revenues by 5-15%.

Secondly, for any additional information regarding pricing solutions by Smart Pricer GmbH please contact us at info@smart-pricer.com.

In summary, Hertha BSC has a 125 year varied history and is thus one of the oldest clubs of the Bundesliga. The biggest club in Berlin has currently over 35.000 members. At the beginning of the 1930s Hertha BSC won two consecutive titles. Three times the Berlin natives went to the DFB-Pokal-Final. In the year 1979, they participated in the semifinals of the UEFA-Cup and went to the intermediate round of the Champions League in 2000. Since 1963 the olympic stadium is the home ground of the team and has a capacity of 74.629. Under coach Pál Dárdai Hertha is one a continuous way to the top. Following a 7th place in 2015/16 Hertha ended the last season in a 6th place and qualified for the group stage of the Europa League.